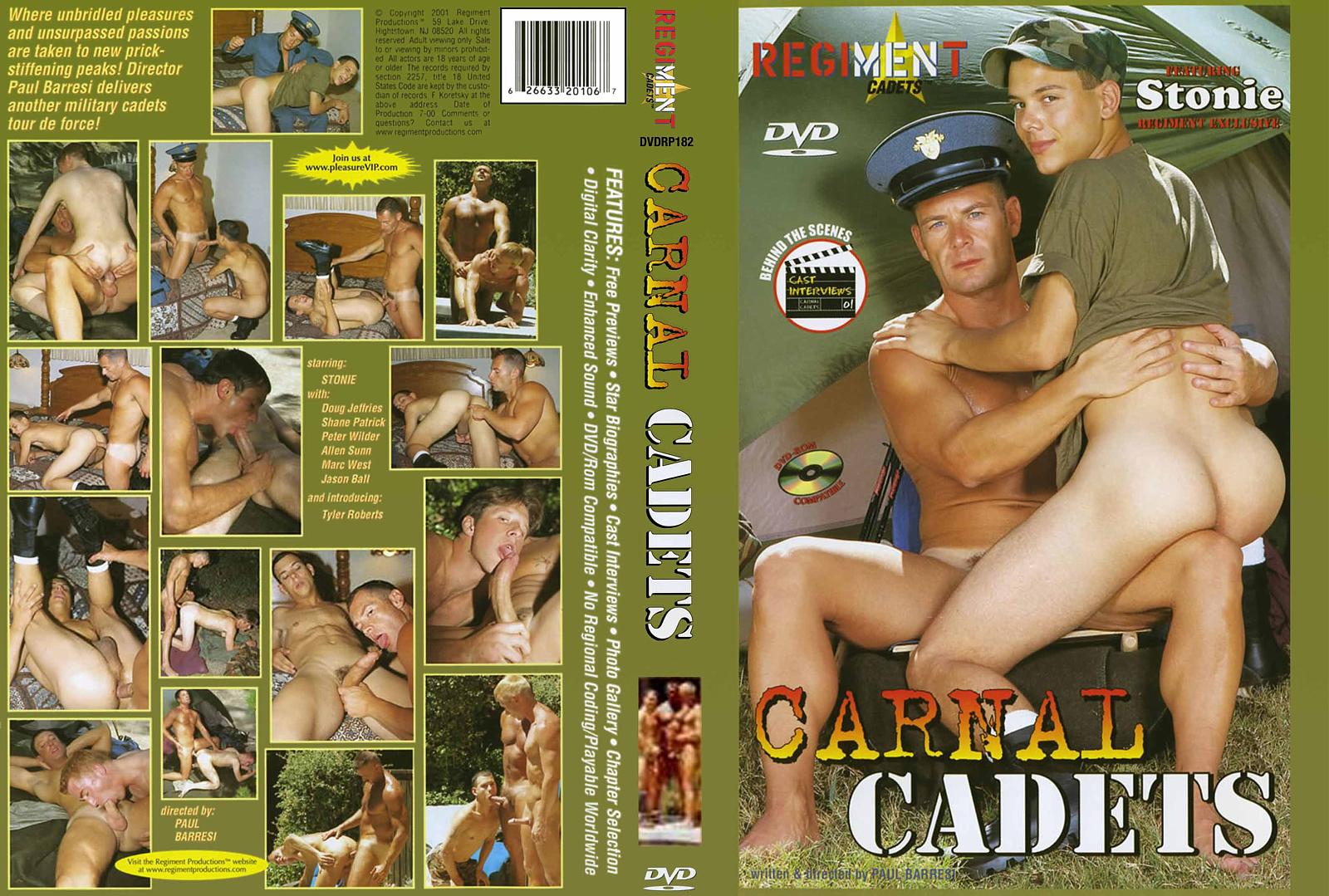 This All Worlds International suck and fuck flick brings these young European men to the countryside for a sex frolic.

Here is the text of the English narration, heard in voiceover at the beginning of the film and of each sex scene (except scene 3, where there is only dialogue with subtitles). Beside offering great involuntary humor, it provides full identification of who does what to whom (the opening credits don’t give face-name matches, as opposed to those of BOYS AT SEA).

“Tom is inviting two of his buddies, Bob and Steve, to his ferry-boat. Bob and Steve are excited and quickly leave the city. Tom was mysterious during their telephone call. The guys go to a camping of the woodhouse inn. They know they’ll have excitement, but they have no idea about how hot excitement they’ll have. Right after arrival, they go to the riverside, and head for the harbor, waiting for the captain Tom.”

“Johnny has inflated the mattress to sleep on it more comfortably. Bill has proven that it is not only good to sleep on it, but to have fun.”

Tom has anchored his boat and finally Tom and Steve could step on board.

Tom has shown' em the riverside area, the beach, the waterbikes, the jet skis, and the farther areas, where people rarely go, but birds have their nests. They anchored at the silent place and lay down on board."

“Richie and Zolee have rented a jetski on the beach. Richie has sometimes become wild and made Zolee fall into the water.

In the meanwhile, Bill has had enough of nature camping, and escaped into the camping shower. Richie and Zolee when returning realise that there is an intruder. Bill’s recklessness made him attractive.”

“This adventure gives a good opportunity for the guys to get to know each other on the water. Nothing is better than cruising on the water with a banana between their legs.

This has been the most exciting day of summer.

Even if we don’t know the guy sitting in front of us, it’s worthwhile to invite him for an afternoon party. Those who haven’t known each other before, were happy to have a good beer after all.

The mood has become more and more relaxed.

Drinking went on until Frank offered Tom to put oil on his back.

Steve brought the blanket from the RV for siesta.

The beer had its effect: when they started taking their pants off, they had their time off.”